This work results from seeing a large deposit of pigeon shit on a high ledge in a Melbourne laneway.
What struck me was the shear amount of pigeon shit. A family had obviously made it their home, and had spent the last ten years building up their pile.

This work began late 2003 after noticing a large deposit of pigeon shit on a high ledge in a Melbourne laneway. What struck me was the shear amount of pigeon shit. The birds had obviously been using this spot for years. I guess the high and almost inaccessible ledge provides good shelter and safety for this much maligned bird.

The image below shows where the shit was located and me retrieving it. I don’t think the pigeons minded me taking it. 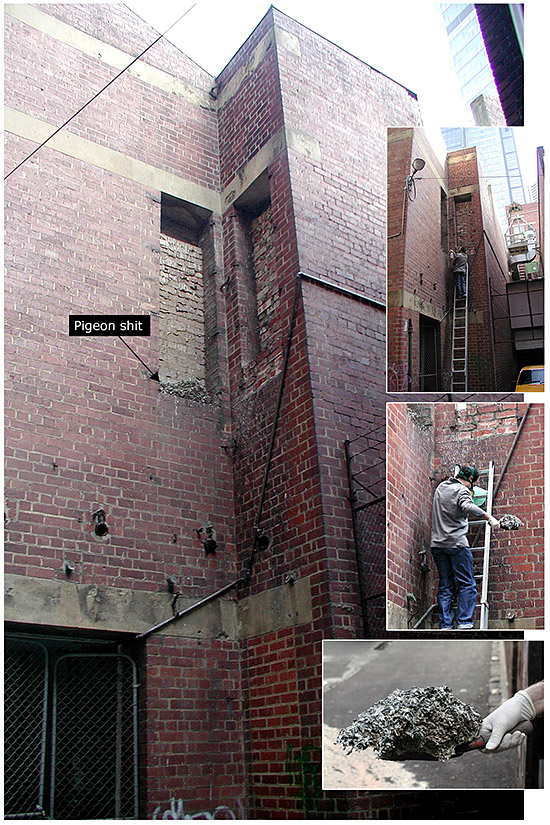 I decided to encase small pieces of the shit in resin, along with small human figurines. Basically making a series of small cubes. 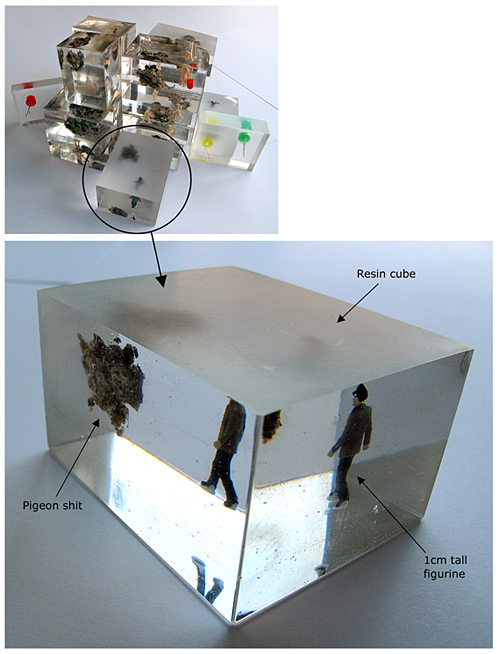 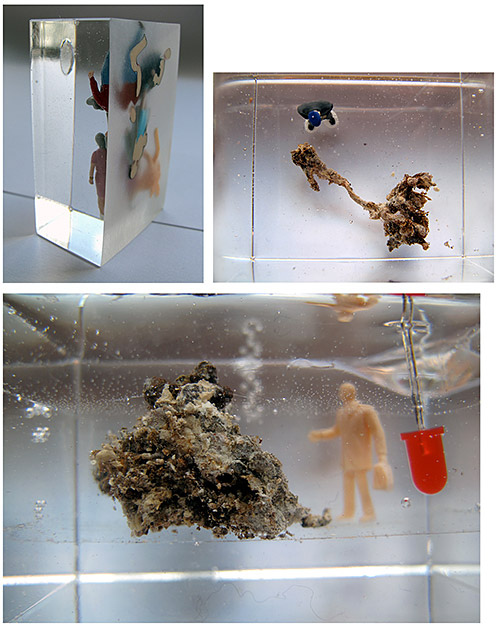 I added LEDs to the cubes, as I will eventually create some kind of functioning circuit from all the cubes. At this stage I intend to make an installation of a small pile of cubes that would sit on the floor in the corner of a gallery, or possibly an outdoor space. I want to play with scale, and make the work unspectacular.

I have started sanding back the surfaces of some of the cubes, which to my delight has resulted in the following images: 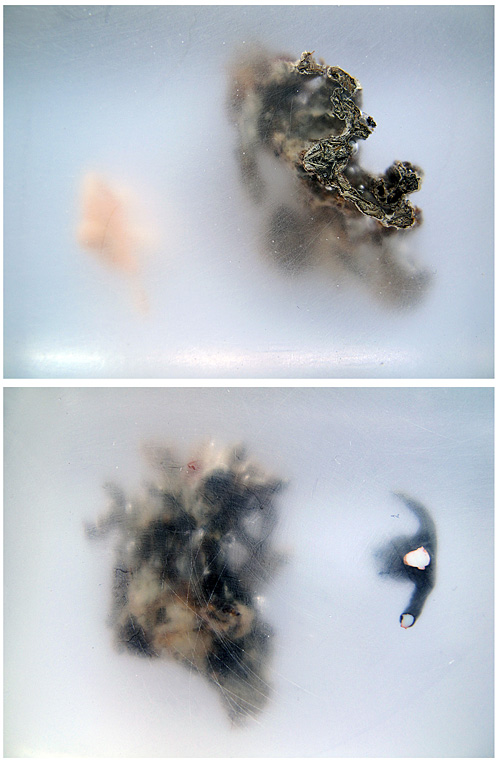