I had been photographing skidmarks for quite a while, using my trusty old Nikon FM SLR camera, with film! I was curious about how these marks came to be, and the social and legal limits imposed on young drivers that inspired them to make these marks. Living in Adelaide’s inner north at the time, I would often hear screeching tyres late at night. 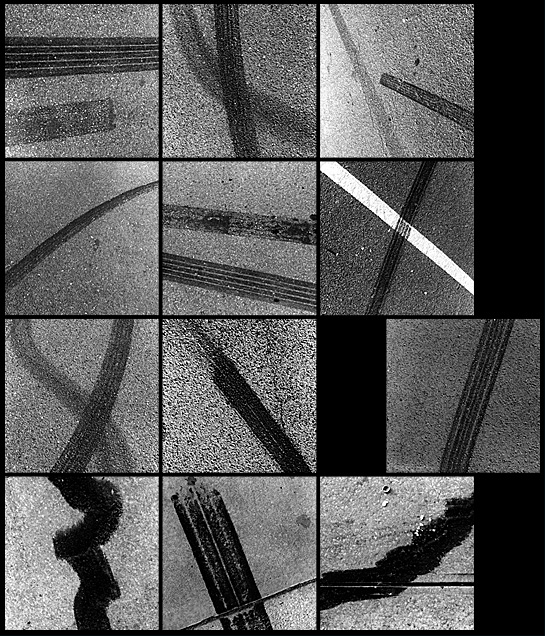 I made a ‘point-of-sale’ stand that I put in a local 24 hr petrol station. I wanted the piece to appear just like other products in the store and to not announce itself as art. The stand had a selection of six free postcards, and two catalogues. The postcards had tips on how to make skidmarks. The catalogues contained images and a map to locate the skidmarks, using GPS coordinates. 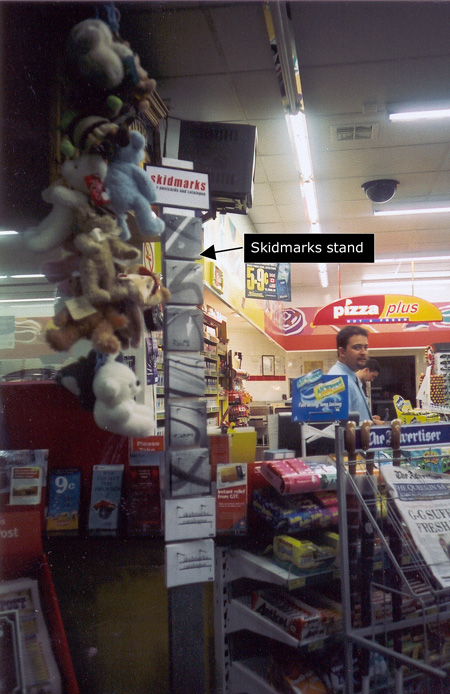